Seattle’s Most Influential People 2018: The Preservationists 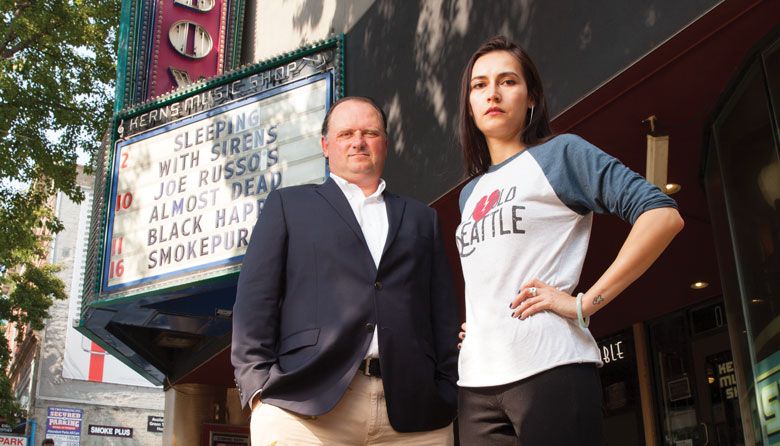 Cynthia Brothers and Kji Kelly approach their work from different angles—she’s the founder of the Instagram account Vanishing Seattle, which documents the steady creep of development in the city; he’s the executive director of Historic Seattle, which has stepped in to rescue the likes of the Central District’s Washington Hall, once slated for demolition. But they both recognize the value of the city’s historic places, the stories those structures tell and the communities that surround them at a moment when the city is rapidly transforming and more and more old buildings are threatened. When it was announced this year that renowned music venue The Showbox—where everyone from Duke Ellington to Macklemore has played—was on the chopping block, Brothers and Kelly partnered, galvanizing help from the likes of indie rock star Ben Gibbard and the Seattle City Council. They have filed a nomination for landmark status for the structure, which will, they hope, eventually preserve it, along with the music culture it created. Without such places, Brothers asks, “At what point does Seattle not become Seattle?”