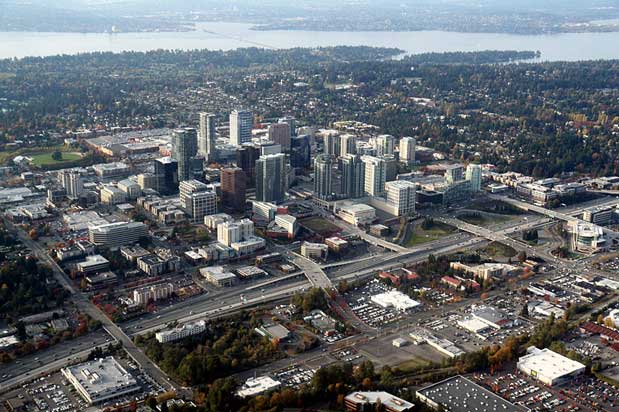 With housing prices at record highs throughout the Puget Sound region, prospective buyers are understandably nervous about making the plunge.

Bellevue, Redmond, Kirkland and other Eastside suburbs may offer the best opportunities for homebuyers concerned about protecting equity, investors seeking to maximize return, or young professionals positioning for future employment.

The “Zoom boom” notwithstanding, large tech firms are expected to remain committed to the concept of brick-and-mortar campuses. Amazon and Microsoft, for example, recently made heavy investments in Bellevue and Redmond. Facebook and Google have also boosted Eastside investments.

Traffic, lack of affordable housing and the payroll expense tax are among factors motivating tech firms to wean from the Seattle core and increase Eastside presence, says John Deely, national executive vice president of operations for Coldwell Banker Bain and former chairman of the board of directors of the Northwest Multiple Listing Service.

King County has added 1.5 million jobs during the past decade and the economic outlook is strong, he adds. Sticking close to I-5, I-90, light rail lines and other major highways to the east and north will improve the chances of longterm success for a home investment, Deely predicts.

Buying a fixer-upper is especially problematic in a hot market, as sellers have little incentive to make improvements and may require buyers to sign a contingency waiver, Deely says.

“Ask yourself, ‘What’s the worst-case scenario if I buy this property?’ and have a contingency plan.”

Buyers need to be prepared to strike quickly in a frenzied market.

“Understand that there are going to be some tradeoffs. No one is going to get everything they want. When you find the right place, don’t think twice,” advises Oakpointe Communities Chief Executive Officer Brian Ross.

That huge, colorful display of art you may have noticed while passing by the intersection of 10th Avenue and East Union Street is here to stay. The new Woodworth Apartment Building now features a rotating, 60-foot-tall projected art show curated by different artists. It will light up every night at dusk year-round. New installations will…

After almost a year of pandemic-induced lockdown, we recently moved from a smallish condo to a house with double the space. It became steadily apparent as the months slowly ticked off last year that the condo we had lived in for more than three years simply wasn’t designed for 24/7 living. We remained in Seattle. Many have…

The most popular ‘burbs to buy a home

Claire and Derek Klein loved living in the downtown Seattle condo they purchased in 2016 across the street from the Washington State Convention Center. They took full advantage of the nightlife and pedestrian amenities in their neighborhood. Then Covid-19 hit and changed everything. Derek, a technology consulting principal director for Accenture, began working from home….

Live the good life at the top of Cougar Mountain

The beautiful, breathtaking Panorama development is the final chapter in a story that began 30 years ago. This stunning, unique master-planned residential neighborhood is near the top of Cougar Mountain and is the last neighborhood to be built at the very top of the Talus community. It’s where beauty meets convenience, as it’s just a…

There’s no doubt that the last few months have brought new challenges and new obstacles in nearly every area of life. As people around the globe adapt and overcome these new challenges, the team at Murano Senior Living is paving the way for innovative and creative senior living options.   For many families, sheltering in place has…